sentence or phrase from source: This new digital camera is a carbon of a well-known model costing almost twice as much.

chemical definition: a nonmetallic chemical element with atomic number 6 that readily forms compounds with many other elements and is a constituent of organic compounds in all known living tissues

other forms of word: There are none.

my own sentence: I like to say carbon and I cannot lie. You others deny! 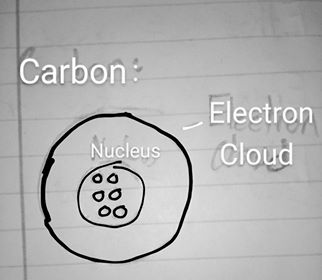